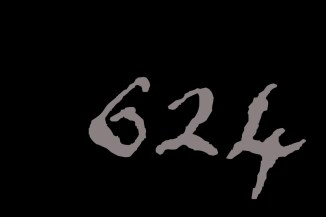 I once was asked in a seminar for proof that racism exists.  Which struck me as undeniable evidence of how denial continues to function to support a racist society.  It is also a vivid illustration of one of the costs of racism.

But here’s one:  sentencing disparity.  Dude got 624 years for rape, sodomy and burglary.  Ten bucks says you can tell me what color he is.  More here.

So let’s review*:  You can be sentenced to probation for beating a man to death with a baseball bat.  Or maybe one hundred fifty days, maybe because the judge agreed that this troublesome business “messed up” your life.  It ended the other guy’s.  Six years for ganging up on a man and stabbing him to death.  Nine years for murdering a man by beating and kicking him.

*People who are not idiots know that in no way am I suggesting that rapists should not receive harsh sentences.

But apparently not enough to be fired from Rob McKenna’s campaign.  She has resigned.

McKenna’s office claimed that she was “suspended without pay” and that this was “under investigation,” but that didn’t seem to be the case until the story started gaining traction.   I always assumed that employers looked at prospective employees’ social media before hiring.  So either somebody was too lazy to do so or they looked and didn’t care.

Obviously Ehl didn’t think this tweet would affect her job prospects, either.  But once the shit hit the fan, she began furiously deleting.  Finally I guess the sheer amount of stupidity must have been overwhelming, because her twitter account is gone.

Edited to add:  Just to make it perfectly clear, the reports of death threats against Alexandra Wallace appear to originate from the Daily Bruin, which later amended its article to say that the police can neither “confirm nor deny” said threats.  Yet articles continue to appear about the death threats.

So UCLA student Alexandra Wallace posted a racist rant to youtube.   Basically it’s about how she is trying to have an epiphany while studying but Asians keep interrupting her train of thought by talking ching-chong language into their cell phones.   Although she tries to be understanding because she knows about the tsunami.

Now the media is reporting that she has received death threats.  According to a UCLA spokesperson, the police are “are currently working to ensure her safety.”

The sentencing for Brandon Piekarsky and Derrick Donchak has been postponed until February 23.  Piekarsky and Donchak were convicted for violating the civil rights of Luis Ramirez.  The maximum sentence could be life.

The defense for the three Shenandoah police officers charged with obstruction of justice began today.

(Also, ten bucks says Eli Steele is related to Shelby Steele.  You know, the “Content of Our Character” guy.)

This piece of byte-waste from the LA Times is about how the new interracial generation will save us all.  It’s yet another version of once we all f*ck each other and the races mix we will have harmony. No, seriously. Because identity politics are the cause of all our racial problems:

The day will arrive when this interracial generation reaches political consciousness and finds itself at odds with America’s divisive identity politics. Of all Americans, they represent the best opportunity to end these politics and point America back to its tradition of individualism.

People who identify as mixed race have already reached “political consciousness.” There are groups such as Mavin and Swirl and numerous hapa organizations. Do they find themselves “at odds” with identity politics? I can’t really say.  But what I do know is that many multiracial people self- identify as people of color.  Is that buying into “divisive identity politics”? END_OF_DOCUMENT_TOKEN_TO_BE_REPLACED

That was the Tribune headline for this story.

And you know she’s probably writing a book.  Because you have to talk about that heartbreaking choice.

All the news footage.  The “before” pictures.  The media talking about how beautiful she had been and what a shame a crazy was out there attacking people.  The stories about the victim’s bravery in the face of this horrible crime.  Maybe you even contributed to the victim fund set up by a local bank.

Except you didn’t.  When the victim was an Arizona woman and not Vancouver’s Bethany Storro.

Ten bucks says you know why.

Oh, and on another note:  Apparently black women were stopped and detained for questioning with regard to the attack on Storro.  Note that Vancouver has an estimated one to three percent black population and yet black people are still enough of a big fear in people’s minds to make the story believable.

And one more:  It appears that throwing acid in somebody’s face is much more heinous if the victim is what most people consider good-looking.

So I was out driving on the expressway when I saw an automobile parked up on the shoulder.  I slowed and the woman standing next to the car waved me down.  So what did I do?  I pulled over and asked if she was okay.

She said she’d run out of gas and needed to get back to a nearby city.  And she said she wanted to get my name and address so that she could mail me the twenty dollars right away.

Okay, that got my antennae up and waving.  She actually mentioned “twenty dollars” twice.  END_OF_DOCUMENT_TOKEN_TO_BE_REPLACED

The parents of the kids with Nazi-inspired names (remember little Adolf and his birthday cake?) have lost custody of their children, who were placed in state care in January 2009.

The family has got a lot of problems other than name choices–both parents are reportedly functionally illiterate and are unable to work and there is a history of domestic violence.

So Brandon Piekarsky and Derrick Donchak, who beat and kicked Luis Ramirez to death, are seeking dismissal of federal charges.  And just in case they don’t get their way, they’re also requesting that proof of their racism not be allowed in court:

They asked Caputo to bar evidence of a March 20, 2008, incident in which Donchak allegedly used racial slurs and used a metal object to hit a car driven by a Hispanic man. They alleged that is improper use of a prior bad act and that it would be unfairly prejudicial, especially since Donchak was never charged with a crime and Piekarsky was not present.

They also asked Caputo to bar, or limit, evidence of racist expressions by Piekarsky and song lyrics played by Donchak, saying they are prejudicial and inadmissible prior acts unrelated to the Ramirez case.

It’s okay to repeatedly point out how one was an altar boy and one was an honor student, though. Because everybody knows that religious people couldn’t possibly be capable of evil deeds. And good students likewise.  They can’t be racist either.

The power privilege wields in the court is formidable.  Donchak received bail despite himself: