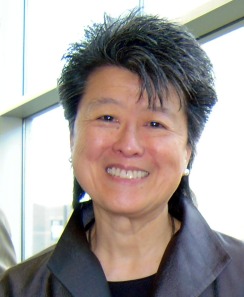 I posted about the awesomeness that is Helen Zia previously, but it’s worth a repeat.

Helen Zia graduated from Princeton University in the first class that accepted women.  She was also breaking racial boundaries as one of the few female, Asian American members of the prestigious university.  Zia attended Princeton on a full scholarship, working her way through school and majoring in the Woodrow Wilson School of Public and International Affairs.

She was highly conscious of and became an active participant in the political transformations taking place in her young adulthood.  Zia and her generation witnessed the nascent feminist movement, and the full-fledged civil rights movement, as well as the assassinations of John F. Kennedy, Robert Kennedy, Malcolm X and Martin Luther King. Hers was the baby boom generation – huge numbers of young people who were dissatisfied by their government’s war in Vietnam and inequality at home – they were idealistic about the opportunities for peace and sisterhood.    more

One thought on “The awesomeness that is Helen Zia”